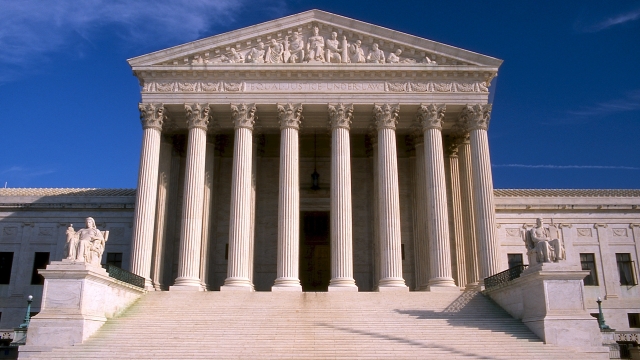 The recent Democratic debates brought up a lot of the expected campaign topics: health care, gun rights, climate change. But there's another issue worming its way into the 2020 discussion: possibly reforming the Supreme Court.

One presidential contender — South Bend Mayor Pete Buttigieg — has it as part of his official platform. His plan would increase the number of justices from nine to 15. Ten justices would be confirmed using the current process, and those 10 would have to unanimously choose the other five from the lower courts.

The idea of adding more justices – or judges in general –  is also known as "court packing." While several candidates have expressed an openness to it, it isn't anything new. The phrase originated in the 1930's when Democratic president Franklin Delano Roosevelt proposed adding more justices who shared his views. It was heavily opposed, even within his party, and didn't go anywhere.

The idea took off again after Justice Brett Kavanaugh was confirmed. At his hearing, he suggested the accusations of sexual assault and opposition against him was part of a "calculated and orchestrated political hit" by Democrats. His comments stoked new concerns that the court has become politicized.

A court-packing activism group argues that any policy being proposed by Democratic candidates is unrealistic without court packing because under a conservative-leaning Supreme Court, all those measures will most likely be struck down.

Sen. Bernie Sanders, on the other hand, says he does not support increasing the number of Supreme Court justices. He proposed a different idea at Thursday night's debate: 'rotating' justices. He said, "I do believe constitutionally we have the power to rotate judges to other courts and that brings in new blood into the Supreme Court and a majority I hope that will understand that a woman has a right to control her own body and that corporations cannot run the United States of America.”

In a letter to colleagues Thursday, Rubio said Democrats want to add seats "with the explicit goal of ensuring an enduring liberal majority on the court."

The court itself is established in the Constitution and has been around more than 225 years. The number of justices has been set at nine for 150 years, but that isn't built into the Constitution. Before that, the number changed six times and there's nothing stopping the number from changing again via an act of Congress.

An amendment requires both congressional chambers to pass it with a two-thirds majority. So with a Democrat-controlled House, Rubio's plan is unlikely to go anywhere. And it won't be much easier for Supreme Court reformers: changing the way the court works would likely require a Democratic president, House, and Senate in 2021.