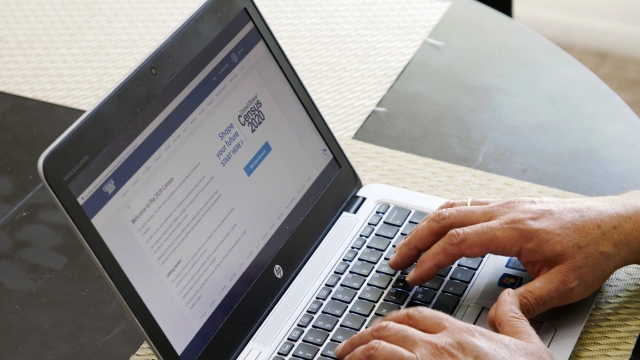 SMS
2020 Census Letters Sent Out Nationwide
By LeeAnne Lowry
By LeeAnne Lowry
March 12, 2020
Census Day is April 1, which means you're supposed to record who lives in your household on that date.
SHOW TRANSCRIPT

The U.S. government is ramping up its decennial tally of every person in the country.

The 2020 census started in remote parts of Alaska in January, but the Census Bureau has now sent out letters requesting everyone else's participation in the count.

This is the first time everyone can fill out their census questionnaire online, but you'll also have the option to respond by phone or mail. Census Day is April 1, which means you're supposed record who lives in your household on that date, regardless of when you actually fill it out.

The Trump administration failed to get a citizenship question added to the questionnaire. And it's important to note that the Census Bureau can't use or share any personal information it receives.

Not only is your response required by law, the count ultimately impacts $1.5 trillion in federal funding, emergency preparedness, the apportionment of U.S. representatives and other initiatives.