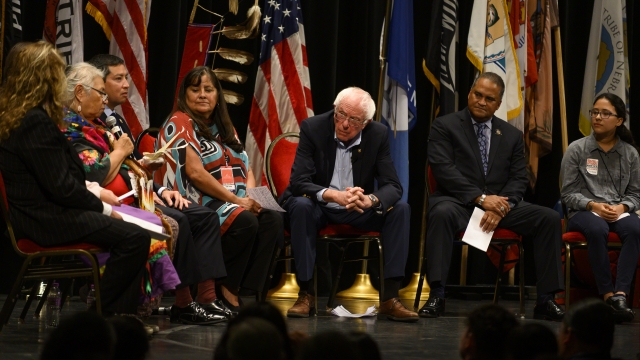 On some reservations, indigenous women are 10 times more likely to be murdered than the national average. The situation is so bad, the Indian Urban Health Institute referred to it as an epidemic.

What makes things complicated is that each tribe has its own sovereign government separate from state and federal governments. Tribes don't have the authority to prosecute sexual assault crimes committed by non-native perpetrators on tribal lands. Feds do, but they may not always prosecute or even investigate. Many native families say they've been brushed off or ignored by federal authorities when reporting crimes. And given that more than half of native women will experience sexual violence in their lifetime, the limitations of authority and resources in tribal communities are making it hard for these governments to keep their citizens safe.

Warren: "Tribal sovereignty and full funding so that tribes can keep people safe is not an option. We need to change the rules and make it happen." 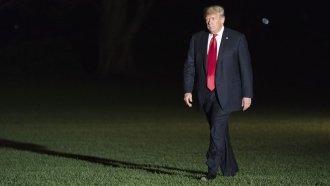 Does The President Owe Elizabeth Warren A $1 Million Donation?

One of those rules is the Violence Against Women Act. It's lapsed right now, but reinstating it would give tribes authority to prosecute sexual crimes committed by anyone on tribal lands.

Democratic presidential candidate U.S. Sen. Amy Klobuchar: "For those of you that care about the protection of tribal women and women throughout this country, that that bill is currently hung up, the House passed that bill, hung up on Mitch McConnell's doorstep."

Another key issue is the lack of national data on missing and murdered native women. Savannah's Act, a bill that's currently on hold in Congress, would allow for data collection and create specific guidelines for state, federal and tribal enforcement.

Oil pipeline projects can also have an impact. 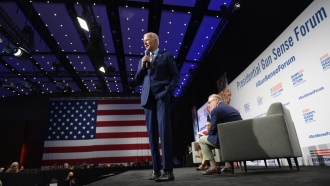 Here's What The Democratic Frontrunners Are Saying About Gun Safety

Arlouine Gay Kingman, executive director of the Great Plains Tribal Chairman's Association: "Particularly in those states like North Dakota that have 'man camps,' ... where the crime rate has escalated and murdered, missing, indigenous women have increased. So I want them to be aware of it, and then I want them to do something when they get to [be] president."

In North Dakota, tribal police reported this influx of workers corresponded with a rise in sexual assaults cases and human trafficking, among other crimes.

Faith Spotted Eagle, activist and politician: "We are forced to prepare for the onslaught and destructive force from thousands of men. In a word that is very misogynistic in nature. It's called 'man camps'."

OJ Semans Sr. is the lead organizer of the forum.

He said: "What we're looking at the candidates to take away from this is that when they talk about a murdered indigenous woman, it's not talking like it's a mascot. It's not talking like it's an object. … We want them to take away that the people we're talking to and people we're concerned about are living human beings. And although they are Native Americans, they are citizens of this country."