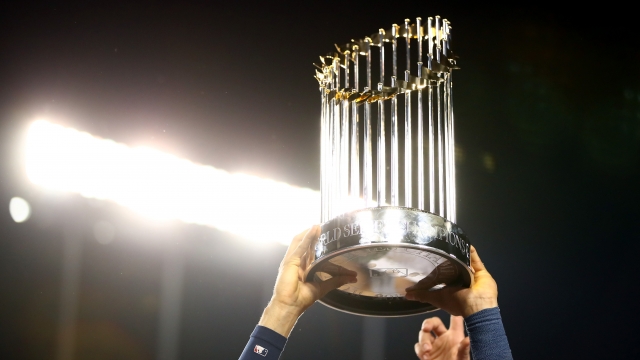 Only two teams are left standing in the world of Major League Baseball, and a battle of the aces will kick off this year's World Series Tuesday night.

The 2017 world champion Houston Astros will face off against the Washington Nationals, who are making their first World Series appearance in franchise history.

You would have to look back in the record books nearly 90 years to find the last Washington-based team that played in a World Series. But the Nats have been cruising since May and swept the St. Louis Cardinals in four straight games to earn their spot in the the Fall Classic.

The Astros secured their second World Series spot in three seasons after swiping Game 6 of the ALCS from the New York Yankees in walk-off fashion. As Houston's Jose Altuve left his home crowd in an uproar after blasting a game-winning home run in the ninth inning.

This will be a matchup between arguably two of the greatest pitching rotations to ever tangle on the World Series stage. Each team's starters have combined for 29 All-Star Games and five Cy Young Awards, given to the league's most outstanding pitchers.

The first pitch of Game 1 is slated for 8:08 p.m. ET Tuesday at Houston's Minute Maid Park.