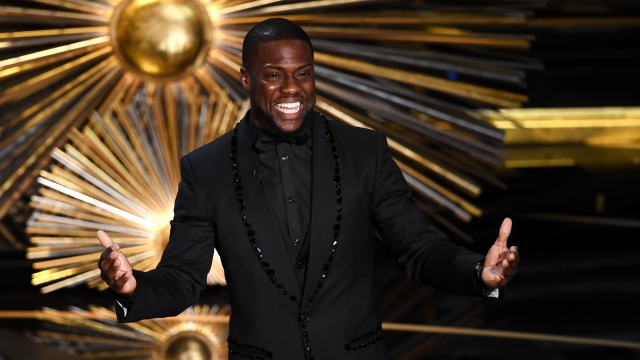 SMS
Oscars Might Be Going Hostless For The First Time In 30 Years
By Katherine Biek
By Katherine Biek
January 10, 2019
The original plan was to have comedian Kevin Hart host the awards show, but he dropped out last month.
SHOW TRANSCRIPT

For the first time in 30 years, the Academy Awards will reportedly not have a host.

That's according to Variety, which said show producers are instead planning to shake things up by using a group of A-list celebrities to emcee various parts of the upcoming ceremony.

Since the very first Academy Awards in 1929, the telecast has gone without a host a number of times. It most recently happened in 1989 — a show that's probably best remembered for its infamous musical number featuring Rob Lowe singing along with the Disney character Snow White to a rewritten version of "Proud Mary."

The original plan for the 2019 Oscars was to have comedian Kevin Hart host the show. But he stepped down in December after he came under scrutiny for old homophobic tweets and jokes he made almost a decade ago.

The 91st Academy Awards will air Feb. 24 on ABC. This year's nominees are scheduled to be announced Jan. 22.