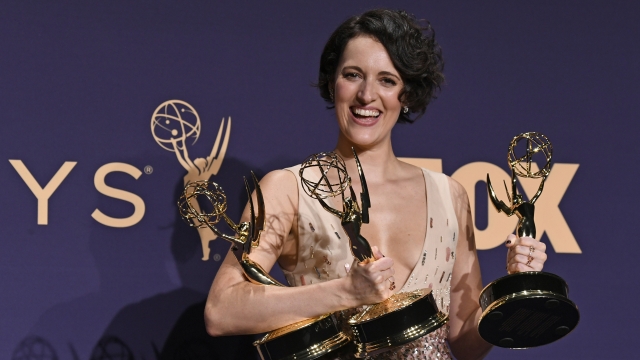 Over the years, the Television Academy's gotten into the habit of awarding the same shows over and over again. But the 71st Emmy Awards proved voters can still be unpredictable.

For example, Amazon's "Fleabag." The British series picked up four awards Sunday, including lead actress in a comedy, writing in a comedy series and outstanding comedy series.

Phoebe Waller-Bridge's acting win was seen as a major upset since most critics thought Julia Louis-Dreyfus from "Veep" would get the award. If she had won, Louis-Dreyfus would've set a new record for the most Emmy acting wins by a performer.

Billy Porter from the FX show "Pose" made history as the first openly gay black man to win lead actor in a drama series.

And Jharrel Jerome, who helped bring the true story of the Central Park jogger case to life in "When They See Us," became the youngest person to take home the award for lead actor in a limited series. The 21-year-old dedicated his win to the five men who've since been exonerated.

In order to set itself apart from Emmys past, the 2019 show went host-less and devoted some of its three-hour telecast to saying goodbye to shows that recently aired their final seasons — like "Broad City," "The Big Bang Theory," "Unbreakable Kimmy Schmidt" and "Game of Thrones."

Despite the send-off, Sunday proved to be a quiet night for "Game of Thrones," which didn't sweep many categories despite its 32 nominations. In total, it won awards for outstanding supporting actor in a drama and outstanding drama series, as well as 10 Creative Arts Emmys. But those 12 wins weren't enough for "Game of Thrones" to break its own record for most Emmy wins in a single year.