The 2018 Women's March Hopes To Get People To The Polls 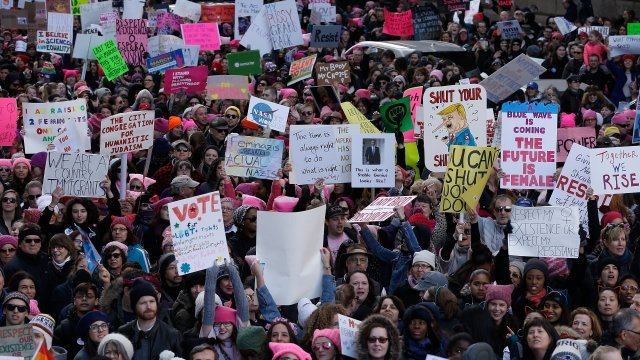 SMS
The 2018 Women's March Hopes To Get People To The Polls
By Katie Cammarata
By Katie Cammarata
January 21, 2018
Organizers say the goal is to get voters to register and "advocate for polities and candidates that reflect our values."
SHOW TRANSCRIPT

Hundreds of thousands of people marched in cities across the U.S. on Saturday for the second Women's March.

But some who didn't march last year told news outlets that they were inspired to participate by the many causes that dominated social media in 2017. 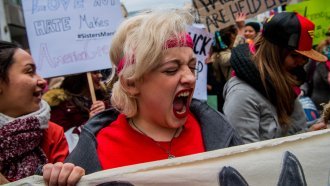 The Women's March Isn't Just For People In The US

The central idea of this year's march was to get out and vote. Signs and shirts called for people to register to vote and head to the polls for the 2018 midterm elections.

There was also a lot of support for the #TimesUp and #MeToo movements, as well as equality for all races, genders and sexual orientations.

Some participants told reporters the march feels different this year, like they are marching for something they actually have the power to change.

The march organizers are following this year's Women's March with a rally called "Power to the Polls" in Las Vegas on Sunday.

Organizers said the goal of that event is to get new voters registered and "harness our collective energy to advocate for policies and candidates that reflect our values."