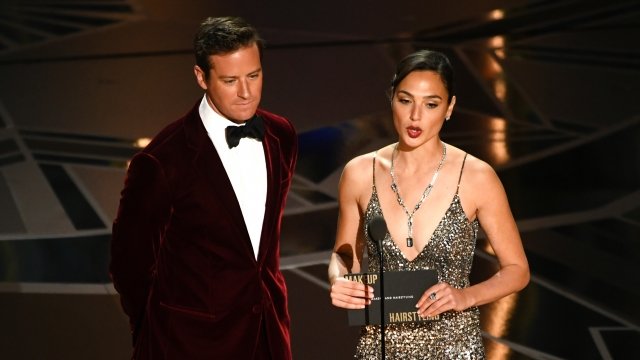 This year's large font is in sharp contrast to last year's Oscars ceremony, where it was harder to read the gold text on red envelopes.

At least one thing really stood out at the 90th Academy Awards Sunday night — the large, bold type on the envelopes.

In fact, the type announcing the Oscars category was so large it could easily be seen by viewers watching the ceremony on their TVs.

This year's large font is in sharp contrast to last year's Oscars ceremony, where it was harder to read the gold text on red envelopes.

Last year's design led, in part, to one of the biggest Oscar mix-ups of all time. Presenters Warren Beatty and Faye Dunaway were given the wrong envelope before announcing the best picture winner.

Luckily for the show's organizers, this year's ceremony didn't feature any envelope snafus. But an accountant from PricewaterhouseCoopers, who had all of the winners memorized, was sitting in the control room with producers just in case something went wrong.