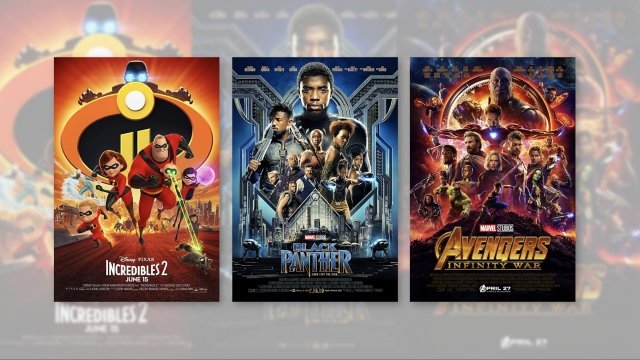 It's only September — but Walt Disney Studios has already made more money at the 2018 global box office than it did during all of last year.

As of Sunday, the House of Mouse has grossed almost $6.5 billion worldwide. That's thanks in large part to movies like "Incredibles 2," "Black Panther" and "Avengers: Infinity War" — all of which have earned more than $1 billion in ticket sales each.

This means 2018 is already Disney's second-biggest year at the worldwide box office on record.

The biggest year is still 2016, which saw the likes of "Finding Dory," "Zootopia," "Captain America: Civil War" and "Rogue One: A Star Wars Story" grace movie screens to the tune of $7.6 billion.

A little over $1 billion is a lot of ground to cover — but it is possible that by the time 2018 is over Disney could set a new global box office record.

The studio is releasing both "The Nutcracker and the Four Realms" and "Ralph Breaks the Internet" -- the sequel to "Wreck-It Ralph -- in November — the latter of which already has plenty of people buzzing over its inclusion of Disney's fairest maidens.