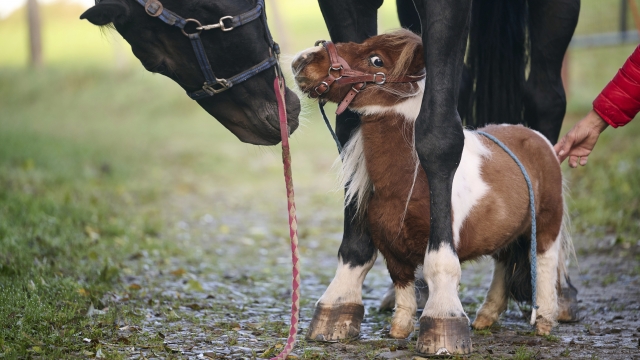 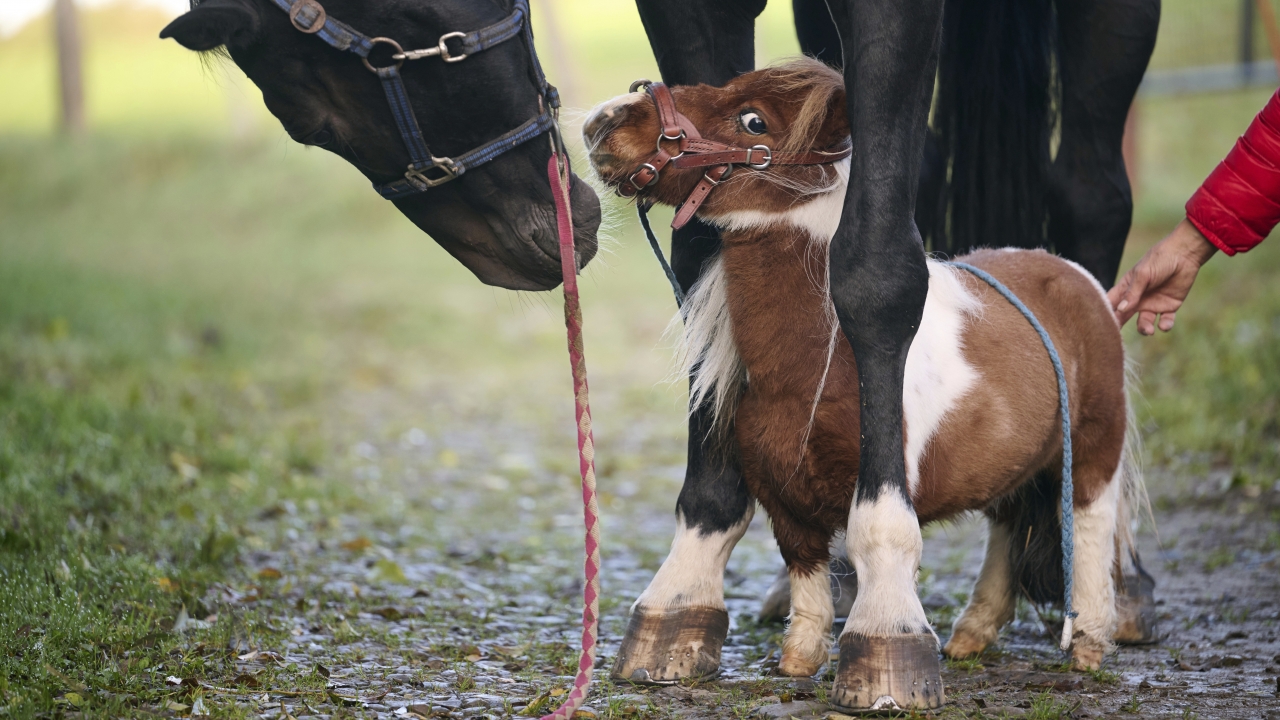 By Tricia Goss
By Tricia Goss
November 10, 2022
Pumuckel the pony works as a therapy horse with seniors and is 2 inches shorter than the current record-holder.

Pumuckel is a therapy horse, but not the kind that people ride. Instead, he climbs into his mom's van and goes on outings to visit senior citizens. That's because Pumuckel is a Shetland pony, and at just 20 inches tall, he is likely the tiniest horse in the world.

Carola Weidemann and her family live on a large farm in Breckerfeld, Germany, along with two dogs, some boarding horses and several mini Shetland ponies. So when she purchased Pumuckel last year, she assumed he would be just like the rest of the ponies, which grow to about 31 inches tall. But Pumuckel (likely named after a mischievous little goblin from a German children's program) stopped growing at about 20 inches.

According to Britain's Shetland Pony Club, most mini Shetland ponies should weigh about 264 pounds. Pumuckel weighs about 77 pounds.

Pumuckel is smaller than Weidemann's dogs. Unlike her other ponies, he is allowed into the house and eats breakfast in the kitchen. Then, when it's time to visit nursing homes, Pumuckel climbs a ramp into the vehicle, Weidemann straps him into the passenger seat, and off they go. 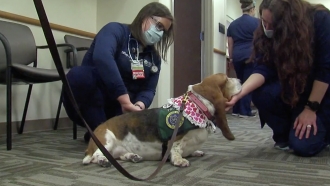 Weidemann contacted Guinness World Records, as Pumuckel is two inches shorter than the current record-holder for world's smallest horse. Bombel, a mini Appaloosa horse with dwarfism, stands 22 inches tall. However, according to Reuters, when the authority on record-breaking achievements responded, it informed Weidemann that horses and ponies must be 4 years old to be considered. Since Pumuckel is only 3, he'll have to wait a year for this recognition.

Weidemann told Reuters she hopes her cuddly little horse, who is so small in stature due to "the vagaries of nature," doesn't grow any taller in the meantime.

Until then, he spends time with his mom, training and visiting seniors.

"Many of the seniors we visit used to have a connection to horses or farming," Weidemann told Westfalenpost in a translated article. "A lot of emotions come up then. Especially during the time when the residents were not allowed to receive visitors and could not see their families, it was a nice change from the dreary everyday life. The reactions and the feedback I get make up for the training and education effort by far. It's an affair of the heart."