2 Women Made History With Their 2018 Oscar Nominations 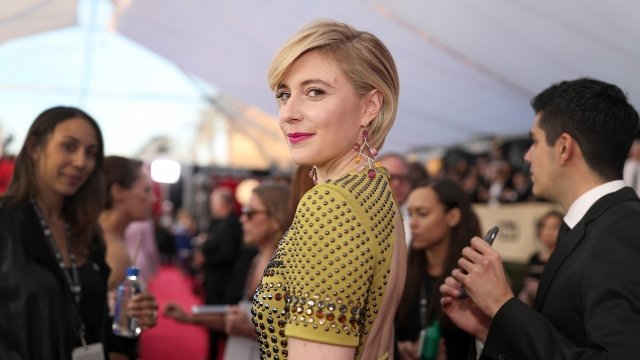 Director Greta Gerwig is only the fifth woman ever to be nominated for a best directing Oscar.

Greta Gerwig can now add "Oscar-nominated director" to her resume.

She scored the nomination Tuesday morning for her work behind the camera on "Lady Bird," a coming-of-age tale about a teenage girl who has a tense relationship with her mother.

Even more impressive is Gerwig is only the fifth woman ever nominated for this Academy Awards category — and this year marks the 90th year of the awards show.

The last woman to be nominated was Kathryn Bigelow in 2010 for her work on "The Hurt Locker." She also happens to be the only female director to ever win.

An Oscar Contender's Reviews Are So Good, They Broke A Record

Another woman made Oscars history Tuesday. Rachel Morrison's work on "Mudbound" made her the first woman to be nominated for cinematography.