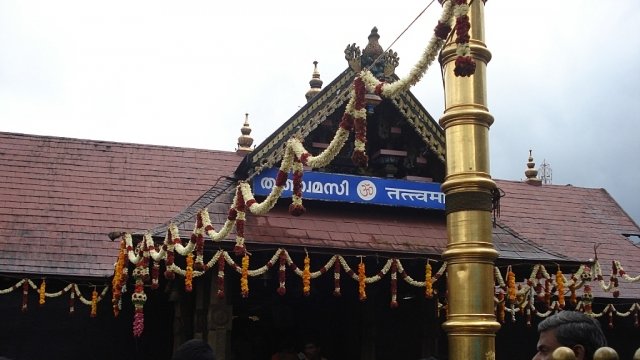 The women, who are both around 40 years old, entered the Sabarimala temple in the southern part of the country early Wednesday morning, escorted by two police officers.

In response, priests closed the temple to conduct "purification rituals" to clean it after the women left.

The historic moment comes after the Supreme Court overturned a ban in September that prohibited women of menstruating age, 10 to 50 years old, from entering the temple. In Hinduism, menstruating aged women are considered impure and aren't allowed to participate in religious rituals.

Critics have argued the ruling is an attack on Hinduism. The Supreme Court is expected to hear possible revisions to the order.

Since the ban was lifted, many women have attempted to enter the temple, but were blocked by protesters.

Earlier this week, women in Kerala formed a nearly 400 mile human wall to support women and protest the ban and gender discrimination as a whole.