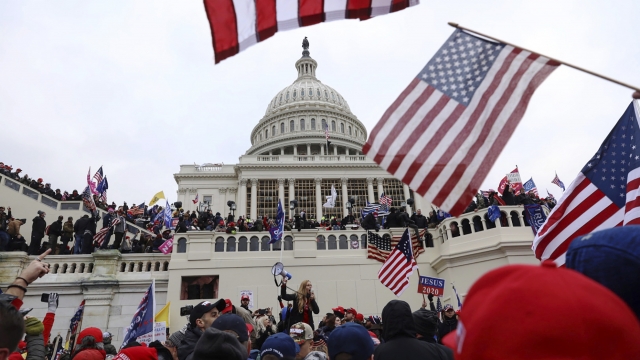 Two off-duty Virginia police officers were arrested yesterday and are facing charges in connection to the Capitol riot.

Officers Jacob Fracker and Thomas Robertson are accused of entering a restricted building without authority and with violent entry and disorderly conduct at the capitol.

According to a report, pictures show the two making an obscene gesture in front of the John Stark statue inside the Capitol. They're being charged in federal court in Washington, D.C.