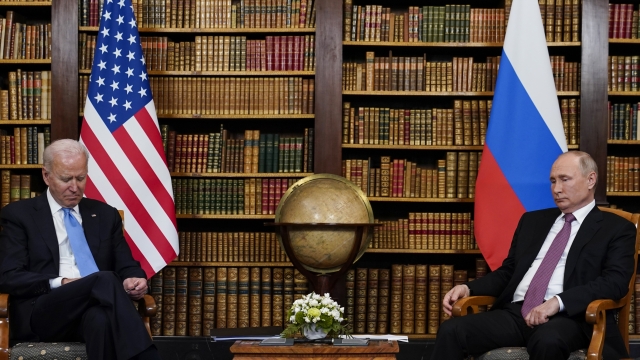 Families are pleading for the president's help, hoping he can change Putin's mind.

Right now, one American is in a Russian labor camp accused of spying. Another faces nearly a decade behind bars in Russia over an altercation after a night of drinking.

We're talking about Paul Whelan and Trevor Reed. Their families have been increasingly vocal about their plight. And Whelan recorded this audio message.

"President Biden, after 30 months of being wrongfully detained by the Russian government, which is twice as long as American citizens were held hostage in Tehran, I implore you to bring this appalling case of hostage diplomacy to an end. I remain innocent," said Whelan.

And their fate did come up during the summit. President Biden said Whelan and Reed were wrongfully imprisoned. And here's what Putin said about that

"We managed to agree with the U.S. side on the return of certain Russia citizen that are jailed in U.S. prisons and if it is the case, when could it happen? Indeed we brought this up and President Biden brought this up with regards to U.S. citizens that are currently in Russian prisons, and we discussed this. There could be some ground for compromise in foreign ministry, and the U.S. State Department will work in this direction," said Putin.

“The families of the detained Americans came up and we discussed it. We're going to follow through with that discussion. I am not going to walk away on this," said President Biden.