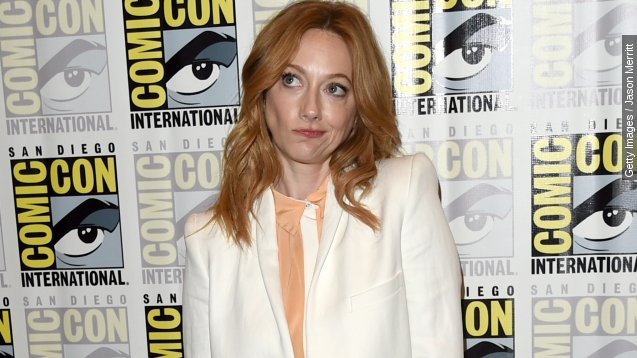 SMS
2 Supporting Actors Who Deserve Lead Roles
By Lexie Hammesfahr
By Lexie Hammesfahr
July 30, 2015
Judy Greer and Stanley Tucci are two highly recognized actors who are in big films, but we're sick of seeing them in the role of best friend.
SHOW TRANSCRIPT

If you're an actor or actress in Hollywood, sometimes you're typecast into certain roles.

For some, it's the action hero, like Bruce Willis, Tom Cruise or Liam Neeson — specifically, Liam Neeson.

For others, it's playing the best friend or a more generic supporting role — like Judy Greer or Stanley Tucci.

"And remember: If something chases you, run," she says in "Jurassic World."

"Go over there and tell him how you feel," she tells Katherine Heigl's character in "27 Dresses."

The title of Greer's book even reflects that idea. It's called "I Don't Know What You Know Me From" and talks about how she built a successful acting career solely off smaller roles.

She has over 100 credits to her name, and so far, she's already been in four major movies this year: "Ant-Man," "Jurassic World," "Tomorrowland" and "Entourage."

This summer alone is a lineup of bookings most actresses might not rack up over an entire career. And yet, in each one, Greer has minimal airtime.

And look at Stanley Tucci.

"You'll take what I give you and you'll like it," he tells Anne Hathaway in "The Devil Wears Prada."

He also has over 100 credits to his name, plus an Oscar nomination. Even in the upcoming movie "Spotlight," he's a supporting character to Michael Keaton, Mark Ruffalo and Rachel McAdams.

And don't get us wrong, we love the characters they've played. Those characters helped make movies great. But wouldn't it be nice to switch things up?

So here's what we’re thinking: Pick literally any rom-com script and cast Judy Greer and Stanley Tucci as the main characters. It's time for insanely talented supporting actors and actresses to have a shot at the big leagues.