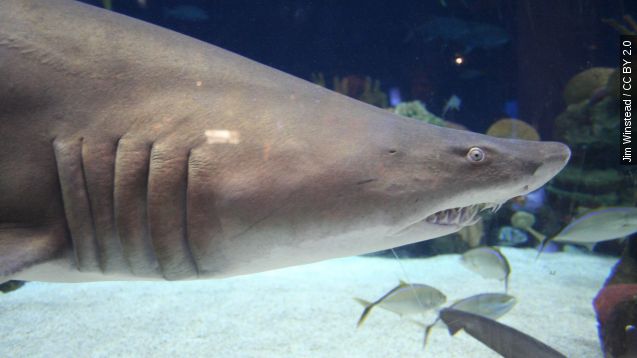 SMS
2 Shark Attacks Near Hawaii's Oahu Island On Same Day
By Matt Moreno
By Matt Moreno
October 18, 2015
The attacks, which are rare, happened off of the coast of Oahu Island. They are Hawaii's sixth and seventh this year.
SHOW TRANSCRIPT

Shark attacks are relatively rare, but Hawaii just had two in one day.

The first occurred Saturday morning between the island of Mokulua and Lanikai Beach in Oahu.

"His injuries were pretty extreme, both legs, just above the ankle were just hanging on," Lanikai resident Joey Montano told KHNL.

The man was swimming back to shore when one witness said a 7-foot tiger shark bit the victim. The victim is listed in critical condition.

Another attack happened later that night near Waikiki, off Oahu's south side.

In that attack, a shark bit a 33-year-old man's left foot. The man was taken to a local hospital where he is listed in critical condition.

According to KHON and state records, this is the first documented shark attack in Waikiki — a popular tourist destination. These shark attacks are the sixth and seventh in Hawaii this year. (Video via Hawaii Visitors & Convention Bureau)

This video includes an image from Jim Winstead / CC BY 2.0.