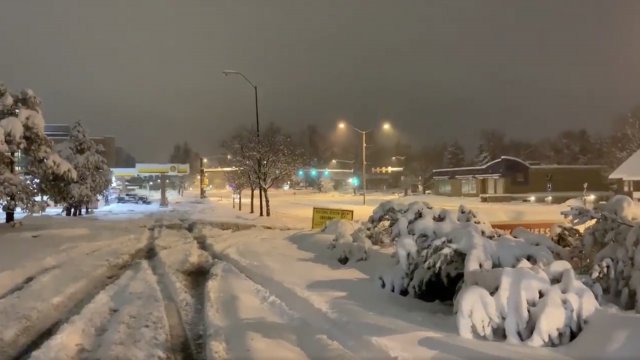 Both storms will make holiday travel difficult if not impossible in some areas, thanks to hazardous road and air conditions.

Two big storms are expected to cause big problems across the U.S. this week for millions of people traveling for the Thanksgiving holiday.

According to the National Weather Service, the first storm will dump heavy snow from the Rockies to the upper Midwest. Forecasters say parts of Colorado could get as much as 20 inches of snow when all is said and done. Areas south of the storm's track will likely see gusty winds and rain as the system makes its way across the country.

The second storm has already been labeled by the NWS as "historic" and "unprecedented" for southwest Oregon and northwest California. It's expected to bring heavy rainfall, damaging winds and in the case of mountain areas, snow.

Both storms will make holiday travel difficult if not impossible in some areas, thanks to hazardous road and air conditions. Flight delays and cancellations are widely expected at this point. Delta even issued waivers so customers traveling to Denver and Minneapolis could change their itineraries before the storm hit.

And there could be travel headaches on the way home too. Meteorologists are predicting another storm system will develop in some areas, including the Midwest and Northeast into the weekend.