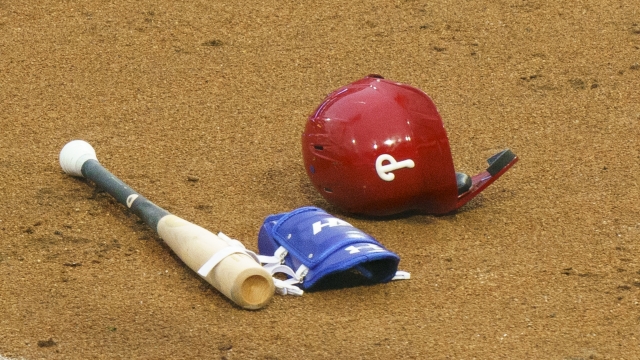 SMS
2 Philadelphia Phillies Staffers Test Positive For The Coronavirus
By Ahmed Jawadi
By Ahmed Jawadi
July 30, 2020
The team recently played the Miami Marlins, whose season has been suspended due to an outbreak of COVID-19.
SHOW TRANSCRIPT

Two Philadelphia Phillies staff members have tested positive for the coronavirus. This comes days after the Phillies played the Miami Marlins, whose season is currently on hold after multiple players tested positive.

The Phillies said Thursday that "while no players tested positive for COVID-19 ... a member of the coaching staff and a member of the home clubhouse staff" did. As such, the team has canceled "all activity at Citizens Bank Park ... until further notice."

In a subsequent statement, MLB said it's postponing this weekend's series between the Phillies and the Toronto Blue Jays. It said it will work with health experts and the league's players association to plan the Phillies' return to play.

Earlier this week, MLB suspended the Marlins' season through at least Sunday due to an outbreak within the team. As of Thursday, 17 Marlins players and two coaches had tested positive for COVID-19, a source told ESPN.