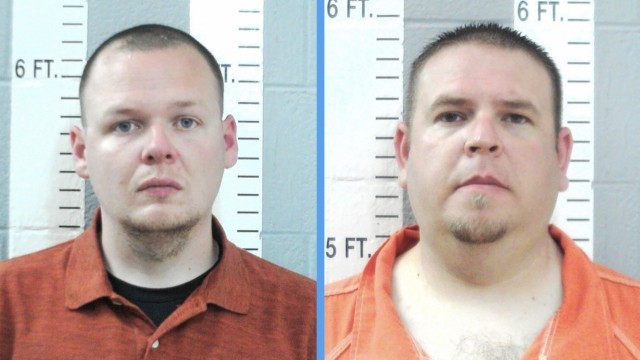 Two Oklahoma police officers have been charged with second-degree murder in connection to a 2019 stun gun death of a 28-year-old man.

According to the Oklahoma State Bureau of Investigation, Jared Lakey died last year "after being tased multiple times" by Wilson police officers Joshua Taylor and Brandon Dingman. The officers were responding to a call that Lakey was allegedly "acting in a disorderly way." After Lakey did not follow their commands, the officers tased him and he "stopped breathing and became unresponsive" shortly after. He was taken to a hospital and died a few days later.

According to an affidavit obtained by local newspaper The Ardmoreite, the officers deployed their stun guns a combined 53 times over a span of nine minutes. Court documents also say Lakey's probable cause of death was determined to be multiple heart attacks connected to heart conditions and "law enforcement use of electrical weapon and restraint."

Following an investigation, a report was sent to the Carter County District Attorney's Office, which then issued arrest warrants for the officers earlier in the week. Both men turned themselves in on Thursday and were released after posting bond.

If convicted, they could face sentences of 10 years to life in prison.