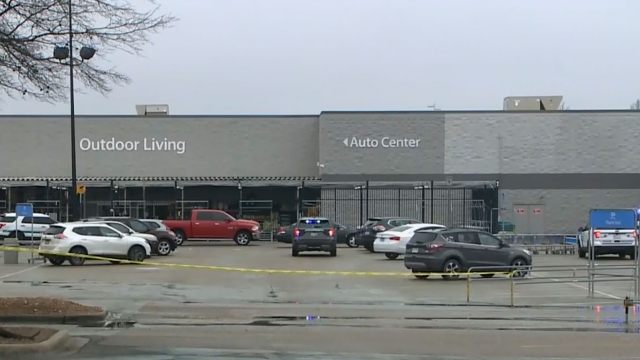 SMS
2 Officers Shot, 1 Person Killed At Arkansas Walmart
By Bailey Vogt
By Bailey Vogt
February 10, 2020
Officers were responding to a call of a man "making threats" at the Forrest City, Arkansas, store when he reportedly opened fire.
SHOW TRANSCRIPT

Two officers were shot and a suspect is dead after a man reportedly opened fire at an Arkansas Walmart on Monday.

Authorities said officers responded to a call of the suspect "making threats" at the Forrest City, Arkansas, store. According to local outlet WREG, the man pulled out a gun and fired, striking both officers. The officers fatally shot the suspect. One officer was reportedly taken to the hospital in critical condition. No one else was injured.

Authorities said in a press conference that that officer was in surgery and expected to recover. The Walmart has been closed because it is an active crime scene. Officials said they would release more information in the coming hours.