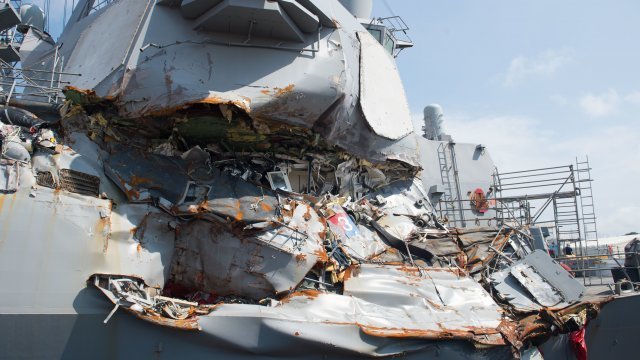 After a pair of deadly ship collisions in the Pacific, two Navy commanders are facing negligent homicide charges.

Cmdr. Bryce Benson commanded the USS Fitzgerald when it crashed into a container ship, killing seven sailors. Benson and three other officers are facing charges including dereliction of duty and negligent homicide.

Cmdr. Alfredo J. Sanchez is facing similar charges after the USS John S. McCain collided with a chemical tanker. Ten sailors died as a result of that incident.

The charged officers are facing an Article 32 hearing, which will decide whether they'll be court-martialed.