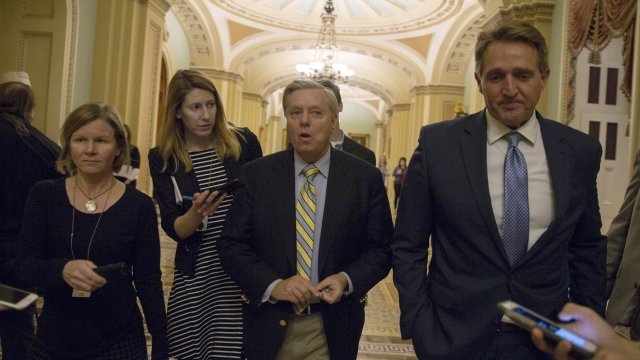 As Newsy previously reported, they were two of a handful of Republicans who voted against the first short-term spending fix Friday.

Democrats want a DACA fix to be part of the government funding bill. But some worry McConnell won't keep his promise.

Sen. Jeff Merkley said on MSNBC, "He's broken too many of those commitments previously." While Senate Minority Leader Chuck Schumer said, "We have yet to reach an agreement on a path forward that would be acceptable to both sides."

If passed, the bill would keep the government funded through Feb. 8.