2 Dead In Texas As Most Of U.S. Hit By Cold Snap 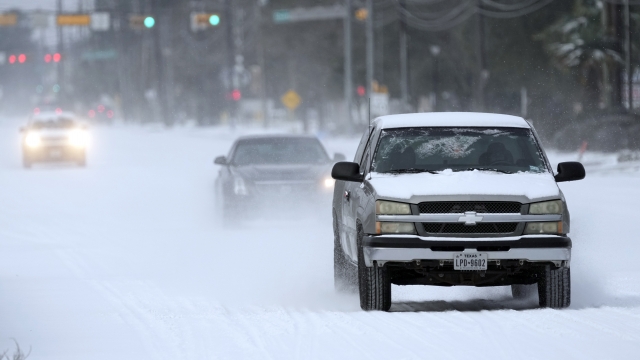 SMS
2 Dead In Texas As Most Of U.S. Hit By Cold Snap
By Newsy Staff
By Newsy Staff
February 16, 2021
Millions of people are without power across Texas.
SHOW TRANSCRIPT

At least two people have died in Texas because of the subfreezing temperatures.

Police say two men were found dead along roadways in the Houston area, and frigid weather is likely to blame.

Across Texas, millions of people are without power. Flights are canceled and some grocery stores and schools are closed.