2 Dead After Multiple Tornadoes Touch Down In Oklahoma 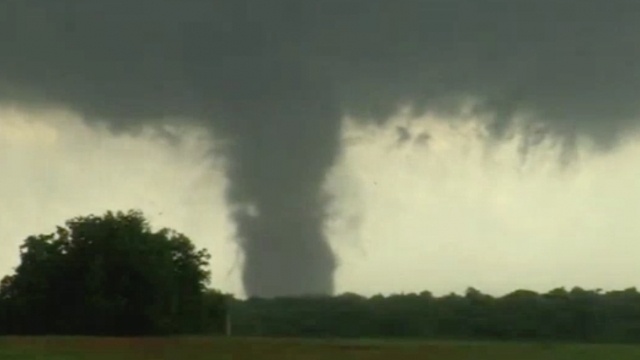 SMS
2 Dead After Multiple Tornadoes Touch Down In Oklahoma
By Ben Lawson
By Ben Lawson
May 10, 2016
Dozens of homes were also destroyed Monday after several tornadoes tore through the state.
SHOW TRANSCRIPT

Two people are dead after multiple tornadoes tore through Oklahoma on Monday.

Video from Newsy's partners at KJRH shows a tornado near Wynnewood. Officials say a 76-year-old man was killed in that storm, and another man was found dead near Connerville.

It appears several tornadoes touched down throughout the state on Monday, but it's not clear exactly how many.

Dozens of homes were reportedly damaged or destroyed in the tornado near Wynnewood, and there were other reports of severe damage throughout the state.

After the tornadoes swept through Oklahoma, The National Weather service reported tornadoes touching down in Iowa and Nebraska.

This video includes clips from CBS and KWTV.