2 Capitol Rioters Are First To Plead Guilty To Assaulting Officers 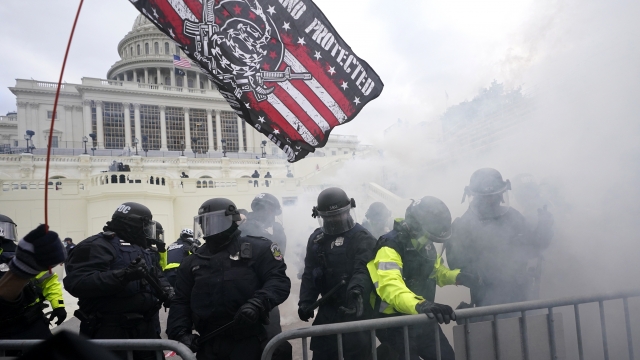 SMS
2 Capitol Rioters Are First To Plead Guilty To Assaulting Officers
By Jay Strubberg
By Jay Strubberg
August 6, 2021
The Justice Department said about 140 officers were injured defending the Capitol and more than 560 people have been charged with federal crimes.

A New Jersey gym owner and a Washington state man on Friday became the first people charged in the January 6 riot at the U.S. Capitol to plead guilty to assaulting a law enforcement officer during the insurrection.

The pair of plea deals with federal prosecutors could be a benchmark for dozens of other cases in which Capitol rioters are charged with attacking police as part of an effort to halt the certification of President Joe Biden’s election victory.

Both defendants face more than three years in prison if a judge adheres to estimated sentencing guidelines spelled out in the plea agreements.

The pleas come less than two weeks after a group of police officers testified at a congressional hearing about their harrowing confrontations with the mob of insurrectionists. Five officers who were at the Capitol that day have died, four of them by suicide. 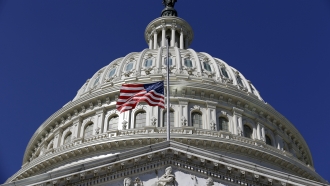 About 80 of them were U.S. Capitol Police officers and about 60 were from the Washington, D.C., Metropolitan Police Department.

More than 560 people have been charged with federal crimes, and authorities are still searching for hundreds more.

At least 165 defendants have been charged with assaulting, resisting or impeding officers or Capitol employees, including more than 50 people charged with using a deadly or dangerous weapon or causing serious bodily injury to an officer, the Justice Department said in July.U.S. District Judge Royce Lamberth set a sentencing date of Sept. 27 for both men.