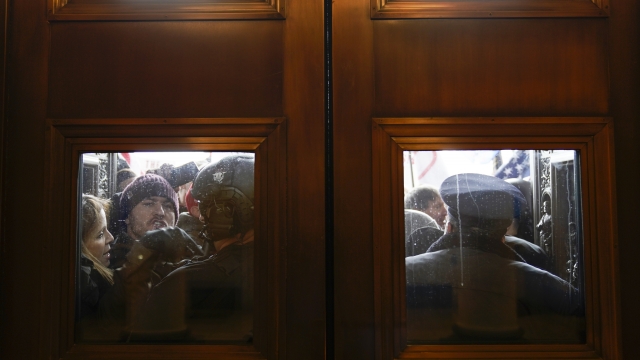 And after reviewing video, officials say more suspensions may be on the way.

Ohio Democratic Rep. Tim Ryan said one of the officers took a selfie with someone and another put on a "Make America Great Again" hat and directed people around the building.

"We do believe that there was some level of coordination here, as we talked before, because of the pipe bombs at the RNC and at the DNC that immediately drew some attention away from the breach that ended up happening not long passed, being informed about the pipe bomb," said Ryan. "So there was some level of coordination. And we're going to just continue to dig and find out."

Several other officers are under investigation for not following protocol.