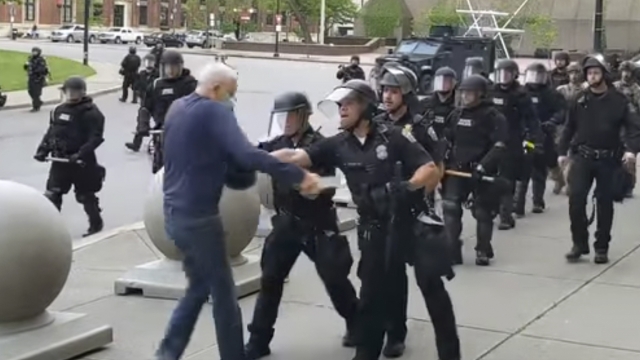 Two police officers in Buffalo, New York, have been suspended without pay following an incident near City Hall Thursday.

Newsy's sister station WKBW said it happened while officers were trying to clear protesters from the area after the city's 8 p.m. curfew took effect.

Video shows a man approached two officers, who then appeared to push him. He fell backward, hit his head on the ground, and started bleeding. A statement from the police department initially said the man "tripped and fell."

Mayor Byron Brown later said the 75-year-old man was in serious but stable condition at a local hospital. He also said Buffalo's police commissioner was launching an investigation into the incident.