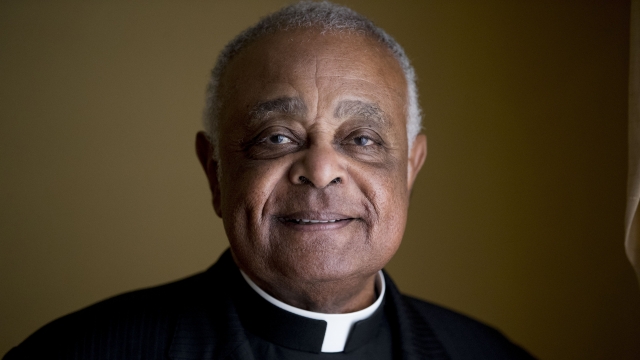 This Saturday, Archbishop Wilton Gregory will become Cardinal Wilton Gregory, the first African-American in church history to obtain that rank.

Those in and around the church say his appointment could be impactful. Not only for the 3 million Black American Catholics but for marginalized groups, religious and non.

“Not to speak up for him. But I know he wants to create equality, create healing, and create opportunities for those that are the voiceless are those on the peripheries, as Pope Francis says, to have their voices heard," said Ansel Augustine Executive Director of Cultural Diversity and Outreach for the Archdiocese of Washington.

Ansel Augustine of the Archdiocese of Washington says Gregory’s appointment is also a step toward the church addressing its own issues with race.

Something he tackles in the documentary Black Faith Matters.

“I do feel at times that the church adds to the problem by not discussing the problem and wants to put a fake band-aid on it,” said Augustine.

“Well into the 20th century, the Catholic Church systematically denied Black men and women from entering a religious life, subjecting them to racial segregation and exclusion,” Shannen Williams, Historian of the Black Catholic Experience at Villanova University told Newsy.

The hope for Black Catholics, like Black Catholic historian Shannen Williams, is that Gregory will be impactful there as well as in other controversial areas.

“We bishops will always have the deepest regret for those who were abused and must live with that pain all of their lives,” Gregory stated in 2002.

As president of the U.S. Conference of Catholic Bishops, he implemented the “Charter for the Protection of Children and Young People” — the church’s zero-tolerance policy on sex abuse, removing priests found guilty of the crime but stopping short of defrocking them.

He has political opinions.

“He publicly voiced his disappointment and greater unease with President Trump's visit to the national Pope John Paul, the second shrine in Washington, DC,” said Williams.

He also weighed in on the Trump administration’s zero-tolerance immigration policy calling it "deeply disturbing." He opposed a Georgia gun law that would’ve allowed guns inside the church.

And spoke out on the church’s treatment of the LGBTQ community writing, “These men and women are the sons and daughters of the church, and yet in too many cases they have not felt welcomed or respected.”