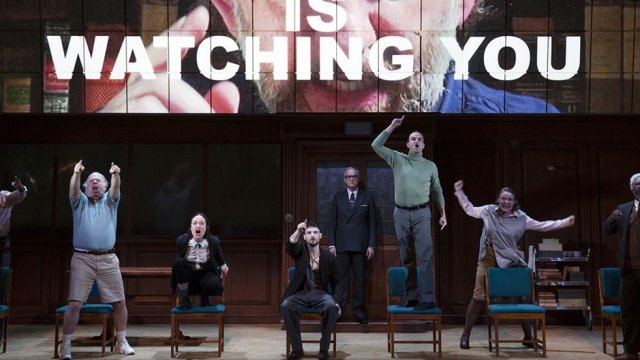 SMS
'1984' Is Ineligible For A Tony Award — But We Don't Know Why
By Casey Mendoza
By Casey Mendoza
November 12, 2017
Officials say "the show did not fulfill all of the eligibility requirements," but they didn't offer many more details.
SHOW TRANSCRIPT

Broadway's "1984" was deemed ineligible for a Tony Award ... and we're not entirely sure why.

The Broadway League and the American Theatre Wing said in a statement, "The show did not fulfill all of the eligibility requirements, as outlined by the Tony Rules and Regulations."

Officials didn't go into details, but some outlets say an "off-stage dispute" may be the cause. 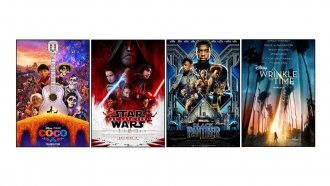 Disney Ends Its Ban On The LA Times After Major Backlash

The Tony Awards requires producers to invite all members of the nominating committee to a performance. This is so nominators can actually see the productions in consideration. But one person was reportedly denied access to "1984."

The Times suggests Vargas may have been denied access due to his critical review of "The Social Network," which "1984" lead producer Scott Rudin co-produced. A spokesperson for Rudin denied that article affected Vargas' barring.

The Washington Post reports neither Vargas nor Rudin offered any comment, and the outlet called the Tony Awards' decision a "Broadway mystery."

More than 100,000 people saw "1984," but it received mixed reviews. When it first came out, news outlets largely focused on the play's visceral and uncomfortable effect on audiences: Attendees were reported to have "fainted, thrown up and screamed at the actors from their seats."