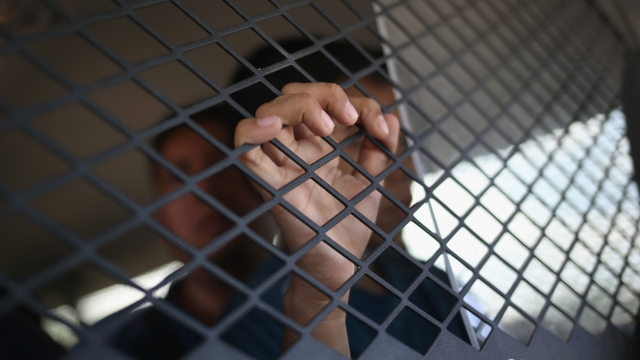 ​The coalition says the new rule "would cause irreparable harm" to children being held at migrant detention centers.

Nineteen states and the District of Columbia are suing the Trump administration over a new rule that allows migrant families to be detained for longer periods of time.

The lawsuit, which is being led by the attorneys general from California and Massachusetts, was filed in federal court on Monday. The coalition argues the new rule "interferes with the states' ability to help ensure the health, safety, and welfare of children by undermining state licensing requirements for facilities where children are held." They also say it will mean longer detentions and "significant long-term negative health consequences" for children, and that it violates the Administrative Procedure Act and the Fifth Amendment.

In a statement, California Attorney General Xavier Becerra said the rule "undermines a decades-old agreement reached in court by the federal government to prevent the unlawful detention of immigrant children. We're taking the Trump Administration to court to protect children from the irreparable harm caused by unlawful and unnecessary detention."

Massachusetts Attorney General Maura Healey also released a statement, saying, "With this rule, the Trump Administration is paving the way for ICE to imprison innocent children for indefinite periods of time and is attempting to take away the ability of states to stop them. This most recent attack on immigrant children is cruel, immoral, and illegal and we're suing to stop it."

Last week, the Trump administration announced plans to rescind the Flores Settlement Agreement's 20-day detention limit for migrant children. Acting Secretary of Homeland Security Kevin McAleenan said the new rule will let his department "keep families together" and that it "eliminates the incentive to exploit children as a free ticket to this country."

The rule is set to take effect in less than two months.