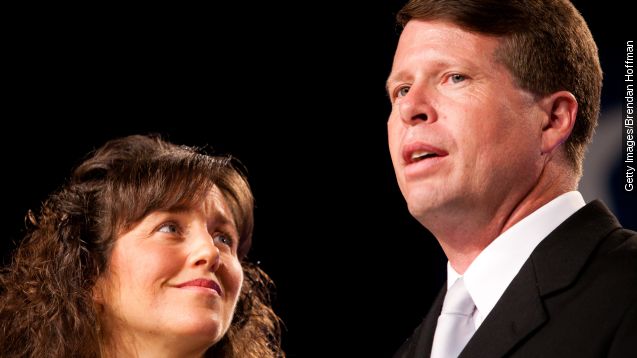 In May, TLC pulled the series from its schedule after the Duggar family's 27-year-old son, Josh, was accused of molesting five underage girls when he was a teenager. (Video via TLC / "19 Kids and Counting")

The accusations stem from a 2006 police report and included some of his younger sisters and a babysitter. (Video via TLC/"19 Kids and Counting")

In a statement the Duggar family released Thursday, they continued to stand by Josh and thanked the film crew who they said became "like family": "With God's grace and help Josh, our daughters and our entire family overcame a terrible situation, found healing and a way forward."

Some viewers apparently didn’t share that perspective. For the past two months, petitions continued to pop up and #canceltheduggars trended on Twitter.

Some speculated TLC wouldn’t cancel the show because it’s been the network’s biggest money-maker, generating about $25 million in ad revenue in just the past year. (Video via TLC/"19 Kids and Counting")

But soon after the news of the scandal broke in May, many companies — like Walgreens, General Mills, Pizza Hut and others — pulled their ads.

The Duggar family isn't necessarily going away, though. A spinoff with some of the family members hasn’t been ruled out, according to a spokesperson for the company that owns TLC. (Video via TLC/"19 Kids and Couting")

And CNN's Brian Stelter said a one-time special about child molestation will wrap up the "19 Kids and Counting" era. The commercial-free show will feature two Duggar women and will air later this summer.