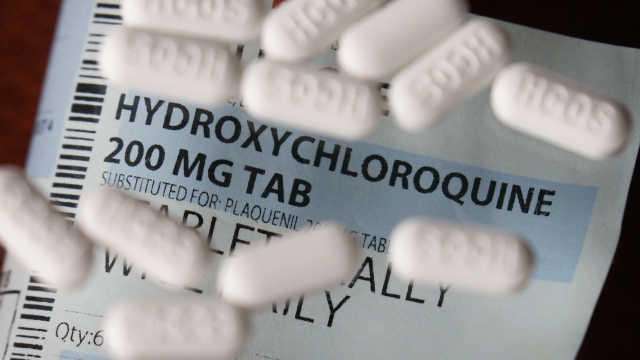 Shipments of hydroxychloroquine have been sent out to cities around the U.S. The Strategic National Stockpile has distributed 19.1 million tablets of the drug, according to the Federal Emergency Management Agency.

Hydroxychloroquine is used to treat malaria and several autoimmune diseases. President Donald Trump has touted the drug as a potential treatment for the coronavirus. But so far, there's little evidence the drug is effective in treating COVID-19. Scientists have warned against using it until we know more about whether it works and whether it's safe.

A FEMA spokesperson said the first shipment of 9 million tablets went out to New York City, Chicago, New Orleans and Detroit. New York has seen the highest number of coronavirus cases and the most deaths in the country. The rest of the tablets are for 10 other cities including St. Louis; Philadelphia; Washington, D.C.; Miami; and Baton Rouge. The spokesperson also said a portion of this shipment will also support the Veterans Affairs Consolidated Mail Outpatient Pharmacy and the Department of Defense.

According to Politico, the tablets shipped out would be enough for about 1.4 million patients.