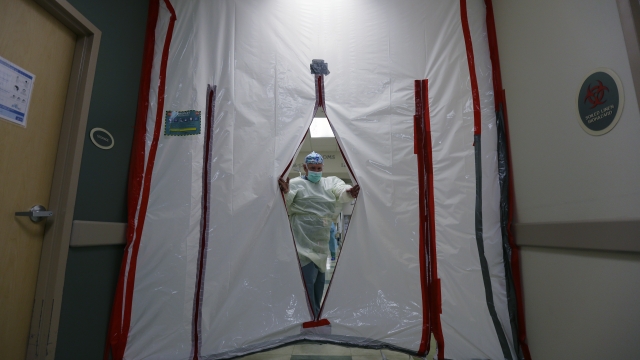 The Centers for Disease Control and Prevention now predicts about 189,000 people in the U.S. will die from coronavirus-related complications by Sept. 5.

Earlier this week, the U.S. saw the highest number of daily deaths reported since May. But the average rate of daily cases has dropped. Newsy asked an emergency medicine physician why that's happening.

Dr. Steven McDonald told us, "There is a bit of a lag time between these two statistics. Some states have started to reverse the opening measures they employed earlier in the summer, and so — hopefully — that reversal effect is actually coming through in the case counts. That said, there is a lag as I mentioned and so we maybe unfortunately should expect the death count to continue increasing for some time."

In an interview with WebMD on Wednesday, CDC Director Robert Redfield said the U.S. was underprepared for the pandemic due to years of underinvestment in public health.