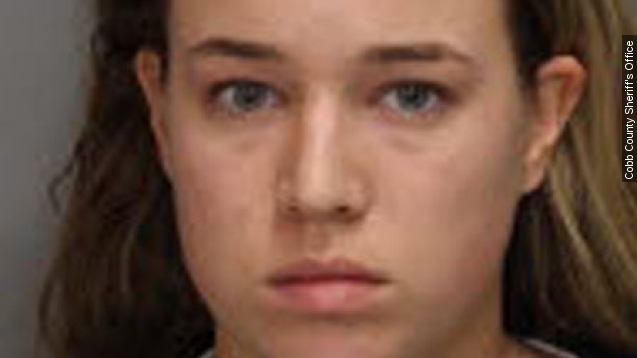 SMS
18-Year-Old In Custody Following Fatal Georgia Stabbing
By Evan Thomas
By Evan Thomas
November 15, 2015
Authorities have charged an 18-year-old girl in Cobb County, Georgia, with felony murder after she was arrested at the scene of a stabbing.
SHOW TRANSCRIPT

An 18-year-old girl in Cobb County, Georgia, is in police custody after another girl was fatally stabbed.

Police took Olivia Smith into custody at the scene after authorities say 17-year-old Abbey Hebert died from her injuries in her own front yard. (Video via WSB-TV)

"They came up with the idea to let the luminaries go, and sing a couple songs, and let people talk, and say a poem. It was all driven by the kids," said principal John Kelly. (Video via WGCL)

Smith is being held without bond. Authorities have charged her with felony murder in Hebert's death.