17 States And District Of Columbia Sue Over Family Separations 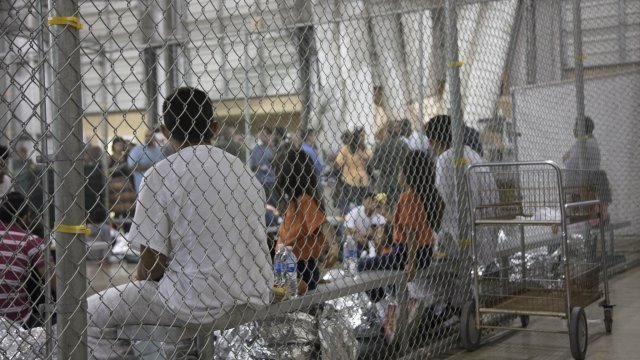 SMS
17 States And District Of Columbia Sue Over Family Separations
By Austin Kim
By Austin Kim
June 26, 2018
Eighteen attorneys general are suing the Trump administration in the hopes of forcing the government to reunite separated families.
SHOW TRANSCRIPT

Seventeen states and the District of Columbia are suing President Donald Trump and his administration over family separations at the U.S.-Mexico border.

This is the first time states have sued over the practice. The lawsuit says President Trump's executive order to end the practice doesn't address reuniting the families who have already been separated.

It also says the administration is unlawfully turning away migrants seeking asylum. Essentially, the states argue some of the current enforcement practices at the border violate the migrants' rights to due process and equal protection.

Eighteen attorneys general filed the lawsuit, all of them Democrats. They're asking for a court order to stop the practice of turning away asylum-seekers and force the government to reunite the separated families.

A U.S. Health Department official told reporters Tuesday that more than 2,000 migrant children are still in government care. The department's Office of Refugee Resettlement declined to say if it was still taking in children who had been separated from their guardians.