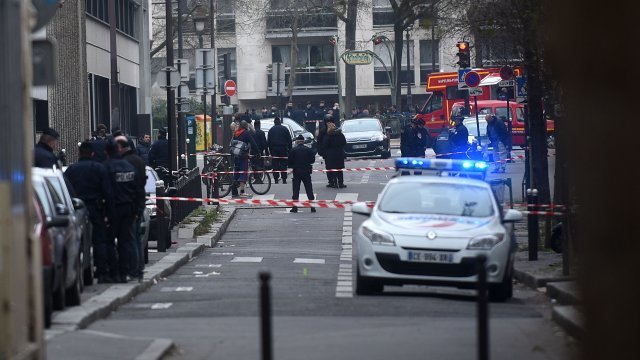 By Jake Godin
September 11, 2018
Some estimates put the number of forces associated with Al-Qaeda or its affiliates in the tens of thousands.
SHOW TRANSCRIPT

It's been 17 years since President George W. Bush said this: "Our war on terror begins with Al-Qaeda, but it does not end there. It will not end until every terrorist group of global reach has been found, stopped and defeated."

While the U.S. may have killed Osama Bin Laden, Al-Qaeda hasn't been defeated. Instead, it has persisted and continues to operate in more than a dozen countries across the globe.

Estimates from the Council on Foreign Relations put the numbers of forces loyal to Al-Qaeda or its affiliates in the tens of thousands.

Take Al-Qaeda in the Arabian Peninsula, for example. The group, which is estimated to be at 4,000 - 6,000 strong, has taken advantage of the civil war in Yemen to hold onto vast swaths of territory and grow in power. In 2016, AQAP even managed to take temporary control of a major port in the south and Yemen's fifth-largest city. 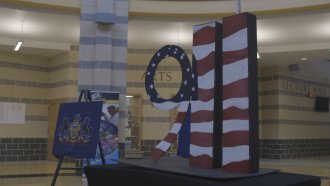 The Next Generation And Learning About 9/11

Al-Qaeda's franchise in North Africa, AQIM, has also managed to stay intact throughout the years and has been behind a number of attacks in Western Africa. Just last year, a number of Al-Qaeda-affiliated groups in the region reorganized themselves under one banner.

Al Shabaab, an Al-Qaeda-linked group in Somalia, has continued attacking African coalition forces — launching hundreds of attacks between October 2017 and April 2018. The number of U.S. drone strikes in Somalia has steadily increased in the past 4 years.

Al-Qaeda's affiliate in Syria supposedly cut off ties with their leaders in 2016 and has gone through multiple name changes since. It's estimated they have around 10,000 - 15,000 fighters and are one of the strongest remaining opponents to the Syrian government.

Drone strikes in places like Somalia and North Africa have greatly expanded under President Trump. While they've been effective at killing Al-Qaeda leaders or commanders, they've so far been unable to stop the group from growing.