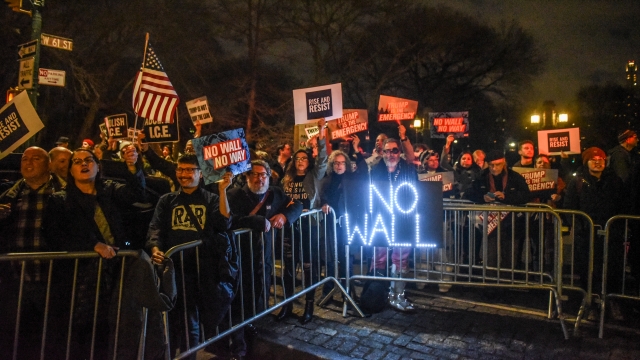 ​The suit seeks a preliminary injunction to block President Trump from building a border wall while the case plays out.

Several attorneys general filed the suit to seek a preliminary injunction to block President Trump's plan to build a border wall without permission from Congress. The group argued the president’s emergency declaration is "unconstitutional."

They added that the president's plan to take money that Congress has designated for other purposes conflicts with the Constitution's separation of powers principles. They also said government data "prove(s) there is no national emergency at the southern border."

The White House said it plans to take more than $600 million from the Treasury Forfeiture Fund and up to $6.1 billion from the Department of Defense to build a border wall. The president's decision has been criticized by lawmakers from both sides of the aisle, and prompted an investigation by the House Judiciary Committee.

After declaring the national emergency on Friday, President Trump said he expects to be sued. Despite predicting he'll lose in the 9th Circuit, he believes he will ultimately win if the case is left to the Supreme Court to decide.