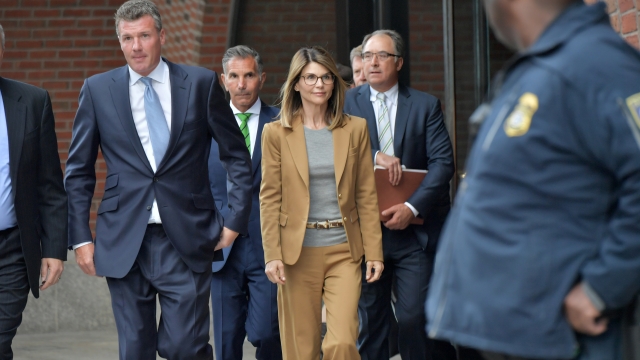 Sixteen parents are facing new money laundering charges as part of the college admissions scandal. Those charges were announced in Boston on Tuesday.

"Full House" star Lori Loughlin is one of them, along with her husband, Mossimo Giannulli. They're accused of paying $500,000 to a fake charity operated by William "Rick" Singer to get their daughters into the University of Southern California as crew team recruits, even though they didn't participate in the sport.

All 16 defendants had already been charged with conspiring with Singer and others in a scheme that involved cheating on ACT and SAT exams and bribing athletic coaches to let students in as recruits.

On top of those charges, Tuesday's second superseding indictment charges the defendants with money laundering, alleging they transferred money into the U.S. to commit fraud and funneled payments through Singer's fake charity.

The indictment was announced just a day after "Desperate Housewives" actress Felicity Huffman and 13 others agreed to plead guilty to charges related to the scandal. Many others are still fighting the allegations. In Huffman's case, prosecutors say they'll seek a sentence of between four and 10 months.