All 157 People Aboard Confirmed Dead After Plane Crash In Ethiopia 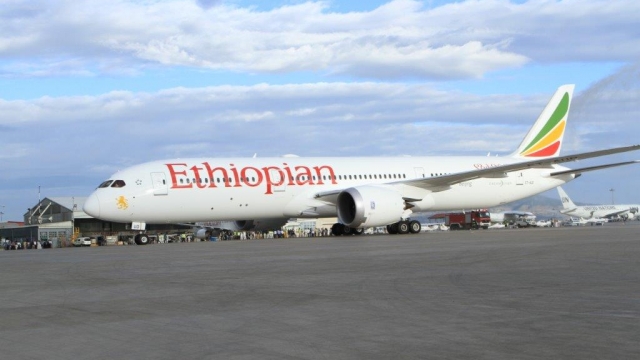 SMS
All 157 People Aboard Confirmed Dead After Plane Crash In Ethiopia
By Katie Cammarata
By Katie Cammarata
March 10, 2019
Ethiopian Airlines says that it believes there were 149 passengers and eight crew members on board at the time of the crash.
SHOW TRANSCRIPT

All 157 people who were on board an Ethiopian Airlines flight that crashed en route to Nairobi, Kenya, have died.

The airline said in a statement that the plane lost contact shortly after takeoff Sunday morning local time. It isn't clear yet why it crashed. Ethiopia Airlines says it believes there were 149 passengers and eight crew members on board, but it's double-checking the passenger manifest.

Search and rescue operations were ongoing as of Sunday afternoon local time.

Eight Americans were among the dead.

The office of Ethiopia’s prime minister expressed its "deepest condolences to the families of those that have lost their loved ones."