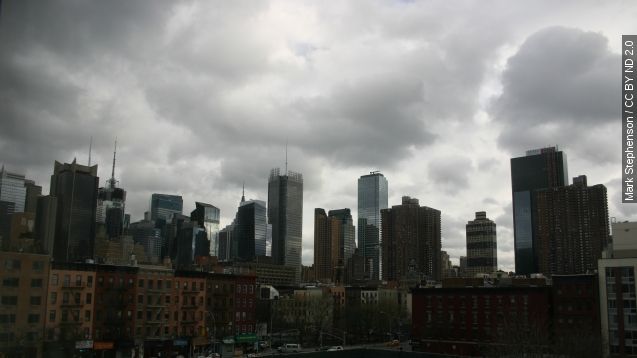 SMS
15-Year-Old Killed After Falling From NYC Roof
By Samantha Crook
By Samantha Crook
January 16, 2016
A New York City teenager fell from a roof in Hell's Kitchen after she was reportedly playing with friends, jumping from building to building.
SHOW TRANSCRIPT

A 15-year-old girl fell from a roof to her death Friday in the Hell's Kitchen neighborhood of Manhattan.

Natalya Jimenez fell five stories. She was reportedly playing a game, jumping from roof to roof with friends.

Police told WABC after a resident asked the girls to get down from the roof, Natalya fell as she was leaving.

"My daughter was afraid of heights. ... So, I think foul play is involved," Natalya's mother said.

The girl was rushed to a local hospital where she was pronounced dead.

This video includes an image from Mark Stephenson / CC BY ND 2.0.