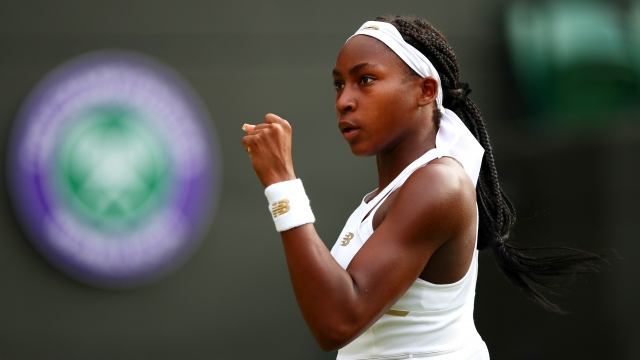 A 15-year-old has stunned the tennis world after beating five-time singles champion Venus Williams on Monday.

Cori "CoCo" Gauff defeated Williams – who's more than twice her age – 6-4, 6-4 during the first round of Wimbledon. The match also served as Gauff's first appearance at the prestigious tournament, making her the youngest person to win a match since 1991. The tennis phenom had already made a name for herself years prior when she reached the U.S. Open junior final at 13, and won the French Open junior title at 14.

Gauff told BBC Saturday that it was "a dream" of hers to face Williams, as she grew up idolizing Williams and her tennis star sister, Serena. After Monday's match, she thanked Venus, saying, "I wouldn't be here if it wasn't for her." Gauff added that Williams congratulated her on the win and told her to "keep going."

Gauff is set to face former Wimbledon semifinalist Magdalena Rybarikova in the second round of the tournament.