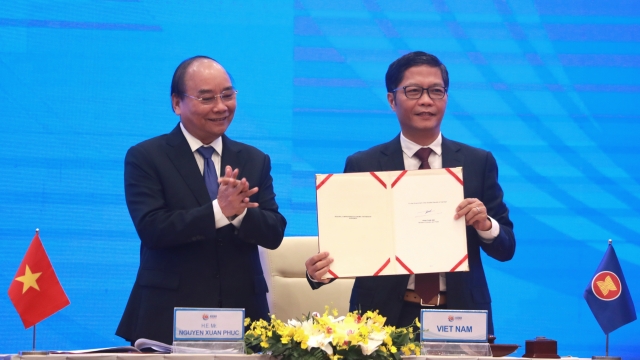 Led by China, the deal is aimed at lowering tariffs between partner countries over time and jumpstarting regional economies following COVID-19.

The Regional Comprehensive Economic Partnership was signed virtually and represents a third of the global economy. It includes 10 Southeast Asian countries — as well as South Korea, China, Japan, Australia and New Zealand.

The deal will lower tariffs between the countries over time and is hoping to jumpstart their regional economies following COVID-19.

An agreement which has been pursued for eight years — the exact guidelines of the tariffs and measures are still being decided.

Some analysts see the new trade block as a way for China to cement economic leadership in the region and help the 15 nations  avoid U.S. tariffs.