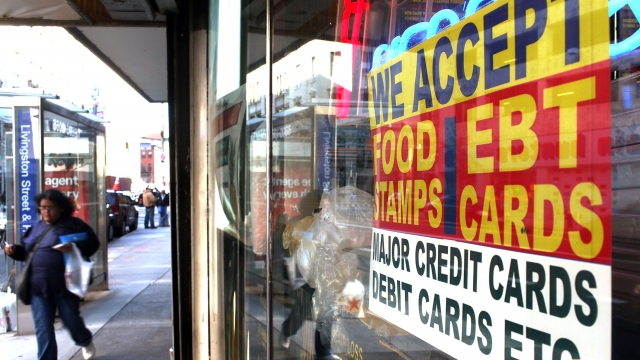 Fourteen states, as well as New York City and Washington D.C. are suing the Trump administration over its new rule to tighten work requirements for people on food stamps.

The Agriculture Department announced last month a new regulation that will make it harder for states to apply for certain waivers to the Supplemental Nutrition Assistance Program, or SNAP. Right now, able-bodied adults without dependents between 18 and 49 can get benefits for three months if they're not working. Counties can waive that time limit if they have an unemployment rate of at least 2.5%, but the new rule would raise that rate to 6%. Agriculture Secretary Sonny Perdue said the change will "move more able-bodied recipients of [SNAP] towards self-sufficiency and into employment."

But the lawsuit, filed on Thursday, argues the rule would result "in the termination of essential food assistance for benefits recipients who live in areas with insufficient jobs." It also says the USDA failed to adequately explain and justify its reasons for the cuts, and "ignores the substantial fiscal and administrative burdens" the rule will have on state economies due to "the negative health effects of malnutrition and housing instability."

The new rule is estimated to impact nearly 700,000 Americans once it takes effect on April 1. The USDA says the move will save the federal government $5.5 billion over the next 5 years.