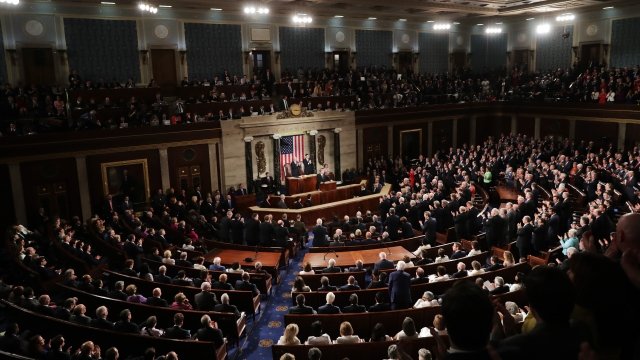 SMS
Trump's State Of The Union Is Far From The First To Be Boycotted
By James Packard
By James Packard
January 30, 2018
Fourteen Democratic lawmakers said they didn't plan to attend, and skipping the speech is more common than you might think.
SHOW TRANSCRIPT

A lot of Democratic lawmakers said they wouldn't attend President Donald Trump's first State of the Union address Tuesday. Skipping the speech is far from unheard of, but this group is bigger than most.

There are at least 14 Democrats who said they didn't plan on attending. They include Rep. Maxine Waters, a vocal opponent of the president; Rep. John Lewis and several others. Supreme Court Justice Ruth Bader Ginsburg also said she wouldn't go, though this is far from the first time a justice has foregone the speech. 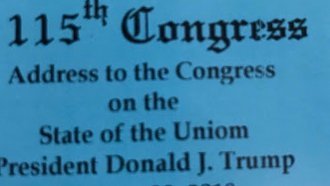 So yes, there are a lot of people who skipped this speech. But here's some historical perspective.

In 1971, the entire Congressional Black Caucus, which was new at the time, skipped President Richard Nixon's State of the Union. He had refused a meeting with them, so they refused to go to his speech.

In 1999, President Bill Clinton faced Congress just weeks after he was impeached. Several lawmakers protested then, too.

And President Barack Obama had several people protest his speeches, too. In 2012, Republican Doug Lambourn didn't go in protest of Obama's policies. In 2015, Supreme Court Justices Clarence Thomas and Samuel Alito passed up the speech.