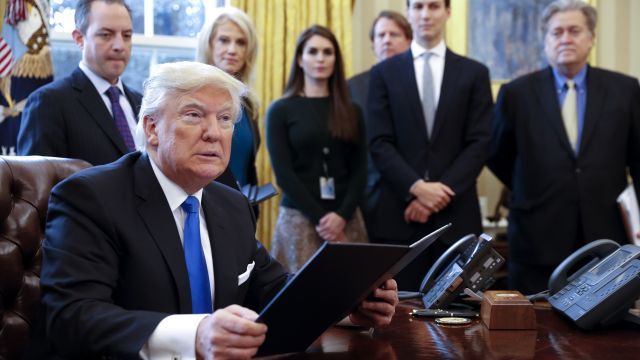 SMS
Trump's Travel Ban Gets Support From 13 States
By Matt Picht
By Matt Picht
March 27, 2017
Twelve state attorneys general and one governor filed an amicus brief supporting the Trump administration in a legal battle over its travel ban.
SHOW TRANSCRIPT

President Trump's long-delayed travel ban targeting six Muslim-majority nations is getting a bit of legal help from some states.

Twelve attorneys general and one governor from 13 Republican-led states have filed an amicus brief supporting Trump's ban as it goes to a federal appeals court.

The brief argues the courts are infringing on Trump's constitutional ability to make national security decisions by blocking his order. 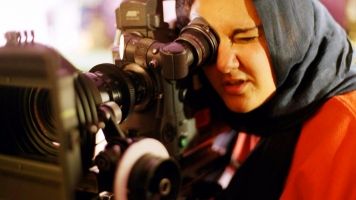 It reads, in part: "The district court's ruling is thus an intrusion into the national-security, foreign-affairs, and immigration powers possessed by the Executive and delegated by Congress. ... It threatens amici's interests by denying the federal government—under a statutory regime crafted by the States' elected representatives in Congress—the latitude necessary to make policy judgments inherent in this country’s nature as a sovereign."

Claims of religious discrimination stalled the first iteration of Trump's ban, which was widely protested at airports when it was first rolled out. The revised version was tailored to get around those complaints.

But judges in Hawaii and Maryland both blocked the ban from going into effect, saying Trump's new ban might still be intended to discriminate against Muslims, even if it wasn't explicitly worded to do so.

A different ruling in Virginia approved the ban, which could set up a showdown in the Supreme Court.