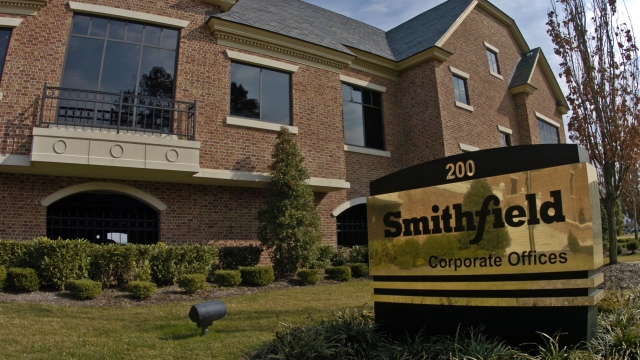 The largest pork processing plant in the world is in Tar Heel, North Carolina, and run by Smithfield. Employees there say they're scared for their health.

Newsy has confirmed that at least 13 people tied to the plant have tested positive for COVID-19. Employees say the company hasn’t been transparent with them about the spread of the virus in the plant.

Most of the employees we reached did not want to go on camera or have their voices recorded for fear of repercussions from the company.

Through Facebook, one employee who tested positive for COVID-19 told us: "Most of the employees think it should be shut down as well. Most people are scared. ... Smithfield is keeping the public and their workers in the dark."

Sacha Bettis tested positive Monday. She posted her results on Facebook and told Newsy that the people she worked with said they were all pulled from the floor on Tuesday morning but that the department is still up and running — and that the company has not required anyone to get tested or shut down the department for cleaning.

“I posted it on Facebook, and when people went to HR trying to see if I was telling the truth, HR told them they don’t have any positive cases,” Bettis wrote.

When she contacted HR, she says she was told to stay at home and that she would receive sick pay for two weeks.

Several employees, including one of Bettis' co-workers, confirmed that there have been no announcements from the company about any cases of coronavirus at the Tar Heel plant.

Workers say there's a $500 bonus if you show up for all scheduled shifts. They worry this encourages people to come to work even if they have symptoms of the virus.

Smithfield Foods did not respond to questions about how many positive cases of coronavirus are known to be linked to the plant — or what the company is doing to protect workers since learning about cases there.

They did not respond to any of the concerns about transparency and safety raised by the employees who spoke to Newsy.

A joint press release issued by state and local health officials and Smithfield officials says they “are working together to keep workers safe and to help ensure the world’s food supply remains stable.”

On Smithfield's website, it says it is doing temperature checks on employees and also providing masks and requiring social distancing policies where possible. And it’s also on its website, where it says it contacts all employees who come into contact with anyone who has tested positive in the past 14 days.

According to a recent North Carolina state study, pig production and pork processing account for 44% of the jobs in Bladen County, where the plant is located.

The company has not said whether it plans to reduce the number of workers to cut back production.