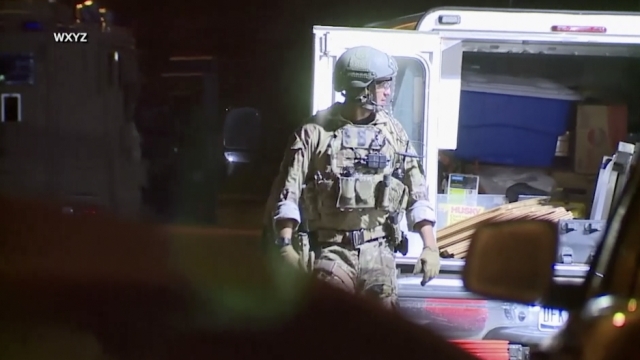 The FBI says it's broken up a plot to kidnap Michigan Gov. Gretchen Whitmer.

In an extraordinary criminal complaint unsealed Thursday, federal authorities say anti-government extremists stalked the governor's summer vacation home while planning to kidnap her and hold her hostage in Wisconsin.

FBI Special Agent Richard Trask II says the plotters were working to acquire tactical gear and explosives for an armed attack on the Michigan state capitol.

In his affidavit, he wrote that one of 13 suspects, Michigan resident Adam Fox, "said he needed '200 men' to storm the capitol building in Lansing, Michigan and take hostages, including the governor." Fox explained they would try the governor for "treason" and he said he would execute the plan before the November elections.

The governor had this to say, after federal and state charges were announced Thursday.

"Earlier today, Attorney General Dana Nessel was joined by officials of the Department of Justice and the FBI to announce state and federal charges against 13 members of two militia groups who were preparing to kidnap and possibly kill me. When I put my hand on the Bible and took the oath of office 22 months ago, I knew this job would be hard. But I'll be honest: I never could have imagined anything like this."

Several Michigan lawmakers expressed concerns last spring when armed protesters, some with militia ties, descended on the capitol in protest of shutdowns ordered by the governor to contain the coronavirus. Threats against Whitmer spiked on social media.

"All of us standing here today want the public to know that federal and state law enforcement are committed to working together to make sure violent extremists never succeed with their plans, particularly when they target our duly elected leaders."

— with state terrorism counts for the Whitmer plot as well as targeting police officers in a bid to incite civil war.

"The individuals in custody are suspected to have attempted to identify the home addresses of law enforcement officers in order to target them, made threats of violence intended to instigate a civil war, and engaged in planning and training for an operation to attack the Capitol building of Michigan."