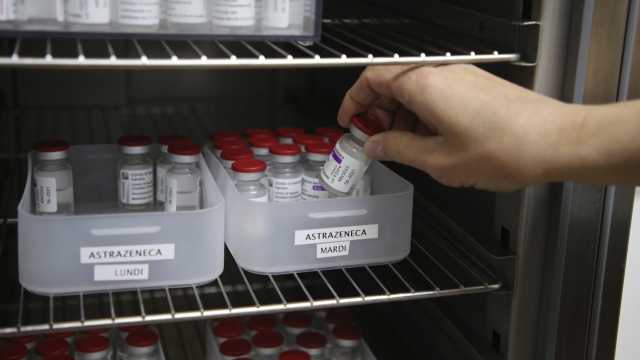 The European Medicines Agency, or EMA, is set to release a report Wednesday after an investigation into reports of blood clots following the AstraZeneca coronavirus vaccine.

Thirteen European Union countries suspended the use of the vaccine after at least 30 people were found to have unusual blood disorders after receiving the shot.

More than 17 million people in the European Union and the U.K. have received a dose of the vaccine. The head of the EMA says she's concerned people are losing trust in COVID vaccines.

"We are worried that there may be an effect on the trust of the vaccines, but our job is to make sure that the products we authorize are safe and we can be trusted by the European citizens," said European Medicines Agency's executive director, Emer Cooke.

The head of the EMA says at this point she doesn't see a reason to change the agency's recommendation on use of the AstraZeneca vaccine saying the benefits outweigh the risks.

The EU, World Health Organization and United Nations have all said there's no reason to stop using the vaccine.