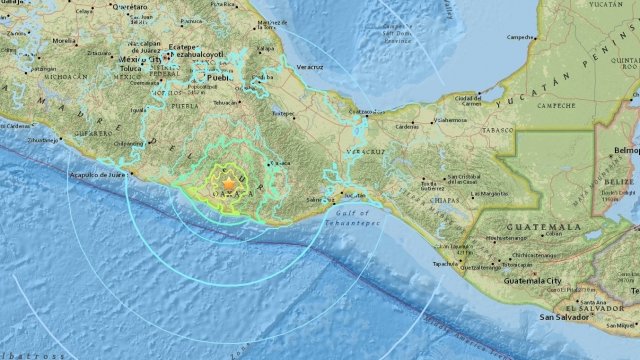 A strong earthquake shook the southwest corner of Mexico on Friday evening, sending residents rushing out into the streets. Oaxaca state felt the worst of the 7.2 magnitude earthquake. Buildings reportedly began shaking around 5:40 p.m. local time.

The quake hit close to home for a country that is still reeling from two earthquakes in September that killed hundreds.

There have been no reported deaths caused by the earthquake in Mexico, but the state attorney general says at least 13 people are dead and more than a dozen injured after a helicopter that was surveying the earthquake damage crashed. Oaxaca state's governor told local news he was on the helicopter along with the country's interior minister when the pilot lost control.