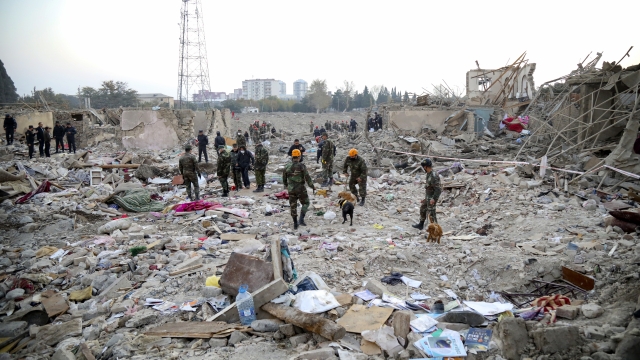 Azerbaijan is blaming Armenia after 13 civilians were killed Saturday morning and another 50 people were wounded in an escalating military conflict between the neighboring Asian countries.

Azerbaijan is accusing Armenia of striking its second-largest city with a ballistic missile as a fight over the disputed region of Nagorno-Karabakh results in increasing bloodshed.

The Armenian Defense Ministry denied launching the strike, but a separatist group put out a statement listing "legitimate" military facilities in the city of Ganja. It stopped short of claiming responsibility for the attack.

Azerbaijan's president said the country will respond "exclusively on the battlefield."

Additional reporting by Aida Sultanova of The Associated Press.